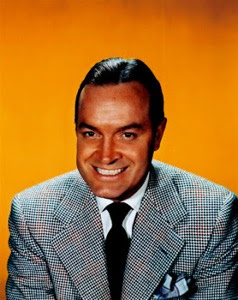 after Bob Hope on The Muppet Show

Yankee Doodle Dandy’s noodle is a busy microwave exploding with old orange
butterflies, little shooting scars of scorching macaroni & boiling neon cheese
atoms, & I'm on the fence if I ought to keep my window closed or open it.
It’s as hot as nuked molten lava inside, & from my apartment, I hear rounds
of shouts go off like misguided car alarms on the Fourth of July on the nose.
The honks build aggressively reptilian as soft-serve Pop! goes the Weasel jingle
melts into the back-alley trench-road to extinction amid an Indian summer.

I would be out in open space, looking up @ polled powdered wigs in the sky,
but I was jumped recently by the embassy on my way to a Calypso exhibition.

Why are you doing this? There was infected wound of police yeast for an answer.
My room trembles & shakes as rippling waves of track bass rip out from steel

that wheels over stolen-crust leftovers. There are 76 trombones for every two-

bit lyric about hormones. I hear the camouflaged text messages on how love

turns to hate on the dime. Be ready for a sudden attack. It’s the same old warning.

I watch shows at war show stories of war allowed to be shown. All of the war

shows are for benefit. I scroll thru landscape tape on my device during lunch.

People must follow their leader. The leader knows what will follow. Primitive bulbs.
Everyone copies the one with a hob engine & everyone has the independence

to be a royal-. There are mysterious helping hands, shoots & ladders, shots @

Where is that pathetic Clark Kent? Hope has shown up late, & there's rope knot

ready for the western frontier. During a tight schedule of contemplating bills

of human warfare & animal welfare, I might find a news recipe for conspiracy

if a season could last forever, like in Los Angeles, where they make cologne

to waste, staring @ the generations in the new-balanced wings of a monarch.

** first published in Selcouth Magazine. Support and get your copy HERE.