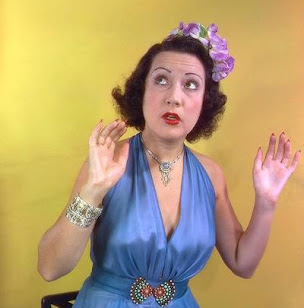 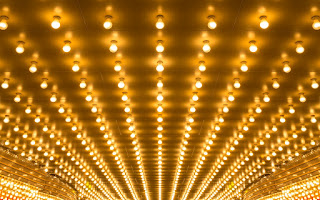 "as good as a top 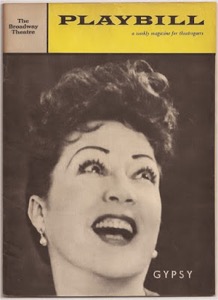 I can’t think of yellow without thinking of a Broadway playbill, and Ethel Merman was the cream of the crop on the top of the stage.  She has been called “First Lady” of musical comedy theatre.

This poem is a sestina. A sestina is a thirty-nine-lined poem attributed to a troubadour, Arnaut Daniel, in the 12th century. Originally they would often feature the theme of courtly love. My sestina was inspired by The Muppet Show’s first season episode featuring Ethel Merman and Richard Bradshaw after my own day in court.

There are numerous references to tops and bottoms in this episode, but the title of my piece is actually referencing a line of one of my heroes, the head writer of the Muppets, Jerry Juhl, in the film, The Muppet Musicians of Bremen.

Cole Porter’s “You’re the Top” from Anything Goes was what helped some ideas about love that I was having float up to the top.  I chose the sestina form for this piece because I noticed how the word at the bottom of the first stanza ends up at the top of the last stanza. 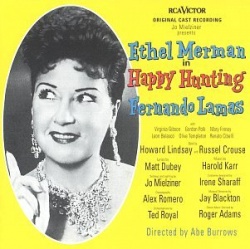 Unlike most sestinas, the end bottom words of each line are made explicit here by ending almost every line of thought on that end word. Each line's last note hits its mark hard with a Merman wink @ the audience.

In this episode, the opening number is called “Java,” and it features a Muppet top dancing with a bottom Muppet, and by the end of it, the bottom blows away the top.

Bottoms & tops are also featured in Richard Bradshaw’s shadow puppet show with the help of a little mouse pressing his luck in circus acrobats alongside an ostrich peacock and a big, bully hippopotamus. 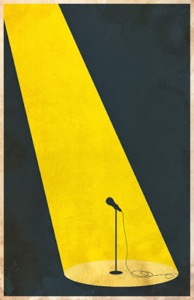 Ethel's medley of duets with the Muppets 'ends' with “Anything You Can Do” from Annie Get Your Gun, where Miss Piggy, naturally being the biggest screen hog, competes with Ethel in how high each can sing one's note.  Of course, the medley actually ends with Happy Hunting’s “Mutual Admiration Society.”

The UK spot for this episode has a little mouse, once again, singing similes and metaphors about love in the number, “Don’t Sugar Me.”

This episode marks Janice and Trumpet Girl’s last time performing as chorus girls. Also in this episode, two female Muppets, Mary Louise and Miss Mousey, swap positions during the Great Fozzie Bear’s comedy act. During Fozzie’s stand-up, he is heckled by Leo in the audience, from Henson’s Muppet Meetings Films.  Leo is “the company man,” an optimistic salesman, and a hard-sell executive.

Ethel performed a rare wartime short in 1944 when she sang, “Why Do They Call a Private a Private?”